THE police in Port Moresby are continuously bashing up citizens and assaulting people who are struggling to make ends meet in nation's capital with a high cost of living because there is a "buai ban" law in the city.

The Buai Ban is a regulatory policy within the National Capital District Commission (NCDC) in a bid to keep the city clean being imposed by the Governor Hon. Powes Parkop, a former human rights lawyer.

Today (Tue, 04/05/17) at 4:30pm policemen from 6-mile police wagon (Saraga Unit) with the police vehicle, Government issued vehicle Toyota Land Cruiser with registration number ZPD 275 (double cap) beat up a man selling cigarette and robbed him. The man lost his mobile and some money to the policemen who beat him.

The same policemen also violently beat an innocent mother while she was carrying her two months old baby inside the bilum. The mother who struggles to live in the city was also selling cigarettes when she was beaten up and robbed off her cigarettes by the police.

This incident happened at around 4:30pm at Downtown in front of the Moresby Inn direct opposite Crown plaza hotel in the heart of Port Moresby City.

Bystanders reported that after this brutal violence to the harmless mother and the elderly man, they took off and disappeared.

The elderly man and the mother were asked to report the matter to the nearest police station so that internal police investigations can see into this unbecoming police behaviour. However, they were still traumatized and lost for words of what to do next.

Photographs below are taken by onlookers soon after the rogue policemen left the scene. 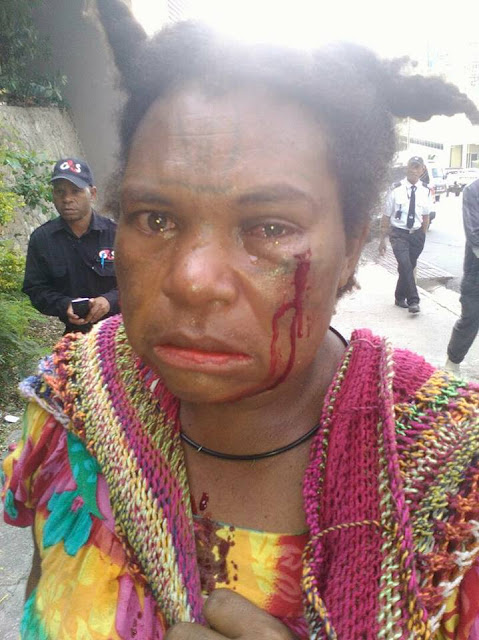 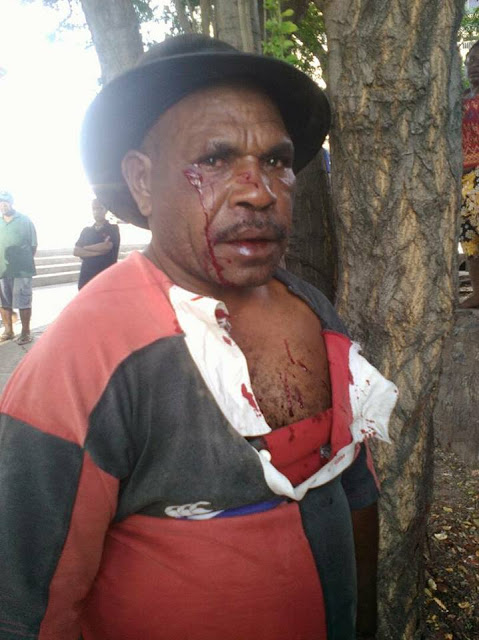 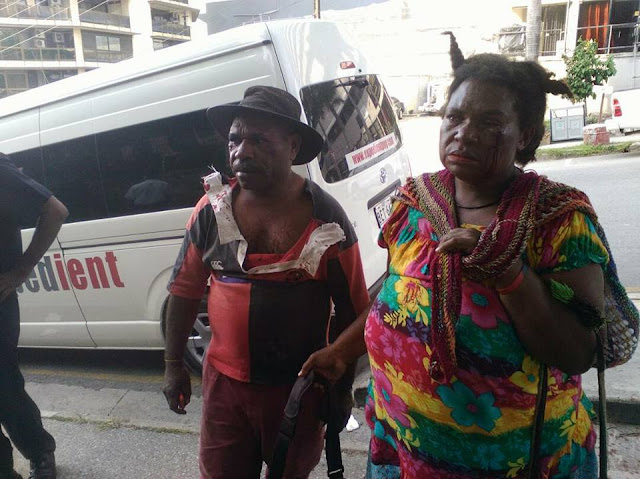