THIS is part two (2) of a series of articles providing insight into the National Court judicial review proceedings in relation to warrant of arrest issued against Prime Minister Peter O'Neill by the District Court.

Last Friday (28/4/17) the Court was scheduled to hand down its decision whether or not to rule in favour of O'Neill and quash (withdraw) the warrant against him for being defective or confirm it to be valid directing O'Neill's immediate arrest.

The Court instead notified parties it has reserved its ruling and they will be advised once a date has been confirmed.

I understand many are asking the question is this normal? The short answer is yes, it is common in circumstances when a judge has yet to write up his ruling due a backlog of cases or unforeseen interruption in his work schedule. There may also rare cases where a Judge may even avoid dealing with a matter in which they maybe subjected to threats and intimidation.

While the Court has sought to defer its ruling I will provide some insight into how this whole saga arrived at this juncture.

In January 2012 Paul Paraka devises a scheme to defraud the State of millions of Kina by submitting false legal bills to Finance Department and getting O'Neill to issue a directive they be paid.

On 24 January 2012 O'Neill signs a letter drafted on his behalf directing the then Minister for Finance and Treasurer Don Polye to settle Paul Paraka's fake legal bills.

Extracts of O'Neill letter to Polye are expressed in the following terms:

"..it appears Paraka Lawyers outstanding legal bills have not been cleared fully. .. the Department of Finance should not delay any further in settling this outstanding liability."

"It is therefore my direction that the appropriate warrants be released out of the 2012 Budgetary allocations .. and have all the outstanding legal bills owed to Paraka Lawyers settled forthwith."
"You are therefore directed to liaise with the Treasury Secretary and have this directive implemented forthwith without any delay."

In an effort to conceal the transaction it is broken up into five equal payments of K6 million and paid directly into accounts of five other legal firms.

On 8 August 2012 O'Neill splits Ministry of Finance and Treasury into two separate portfolios. He appoints Don Polye Minister of Treasury and James Marape Minister of Finance.

On 8 October 2012 the then Attorney General (Minister of Justice) Kerenga Kua writes to Marape and copies O'Neill raising concerns regarding Paraka legal bills of K36.1 million that were then before Marape for payment.

Kua requests copies of the Paraka bills be sent to him as the Attorney General for proper verification and clearance. But Marape and O'Neill ignore Kua's written request.

Learning of the payments the Attorney General's office directs Task Force Sweep carry out investigations into the payments to Paraka Lawyers.

O'Neill becomes aware of the investigation so on 15 May 2013 in effort to cover up his involvement he writes a letter to Marape as Minister of Finance expressing concern that his letter of 24 January 2012 has been taken out of context. He claims that he did not give any instructions or direction for settlement of Paraka Lawyers legal bills but that he simply referred the matter to the Minister of Treasury when Paraka Lawyers brought the outstanding legal bills to his attention and for the Treasury Department to attend to only after a proper due diligence was conducted.

Of course this was a complete lie confirmed by O'Neill's letter dated of 24 January 2012 which clearly confirms his instructions to have all the outstanding legal bills owed to Paraka Lawyers settled forthwith.

On 21 May, 2013 Namah questions O'Neill on the floor of Parliament whether his Government had any arrangements in place with Paraka Lawyers to provide legal services on behalf of the State. O'Neill responds denying having any contracts with the law firm. He states the only contract it had was terminated in 2006 and he has taken steps to hold the firm accountable for its actions when it came to light that Paul Paraka has been getting payments without proper clearance from the Attorney General office.

O'Neill goes on to state his Government has instructed Fraud Squad and Task Force Sweep to investigate the matter, asking the Australian Federal Police and Interpol for the assistance.

He goes on to state he had taken action on the matter by suspending Secretary and Deputy Secretary of Finance and that he "will go down as far as sacking the cleaner if he has to, to clear this mess once and for all"

O'Neill responds claiming he never signed the letter that the signature appears to be forged and on face value is certainly not his. He argues that it is not the way himself or his staff write letters.

On 14 October 2013 National Court refuses Paraka's application, he files an appeal before the Supreme Court that is also refused.

On 23 October 2013 Task Force Sweep arrest and charge Paul Paraka with 18 counts of fraud including conspiracy to defraud, stealing by false pretence, money laundering and misappropriation in relation to fraudulen payments of K71.8 million.

On 29th October 2013 the Opposition Leader files official complaint against O'Neill, Polye and Marape for their alleged involvement in directing the payment of K71.8 million to Paraka Lawyers.

Following their investigations they apply for and obtain three warrants of arrest against O'Neill, Polye and Marape from the District Court.

When the existence of the warrants were made public in January 2014, O'Neill, Polye, Marape and Commissioner of Police Tomai Kuluga file proceedings in the District Court seeking orders to set aside the warrants.

In the next articles to come, more insights on how O'Neill, Marape and Polye successfully quash the warrants of arrest against them.


Will also discuss how Kulunga went from preventing O'Neill's arrest to authorizing it, the key evidence that confirms O'Neill is guilty of official corruption which explains why he is desperate to have the warrant of arrest before the National Court stayed (stopped). 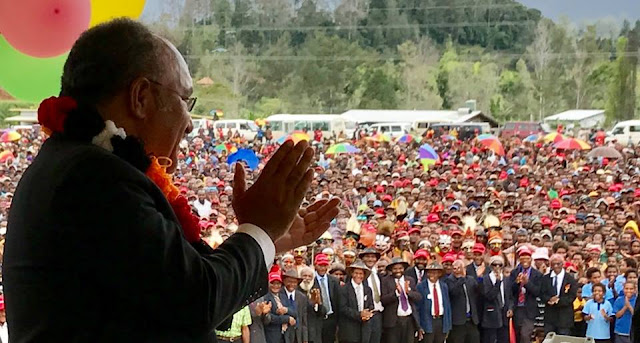 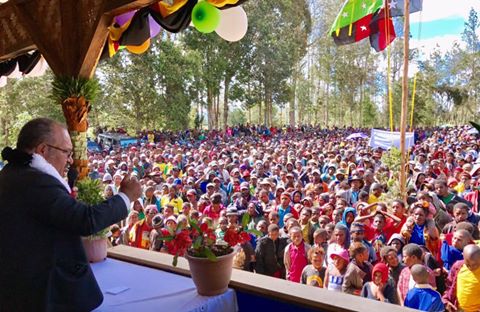 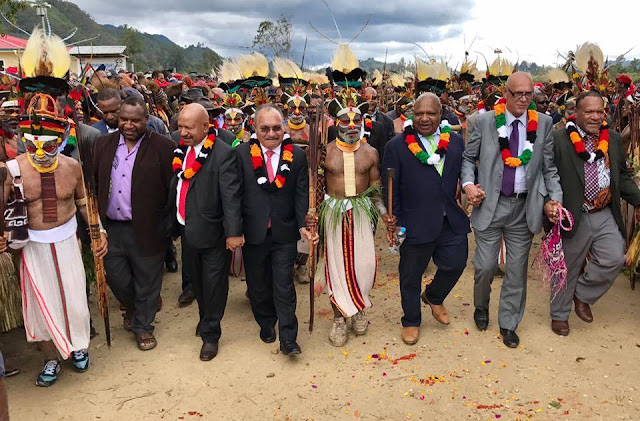 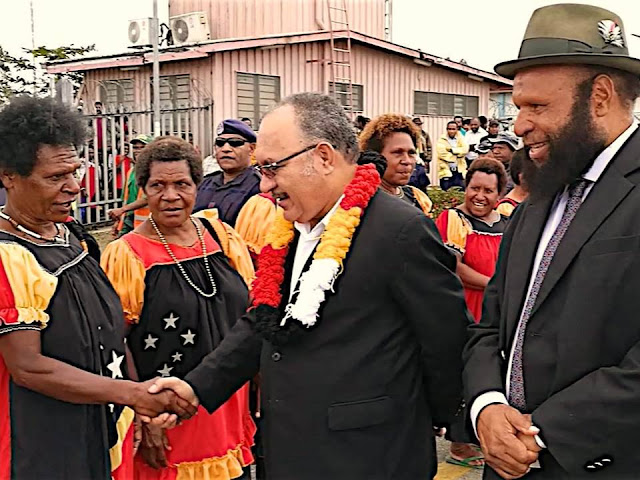 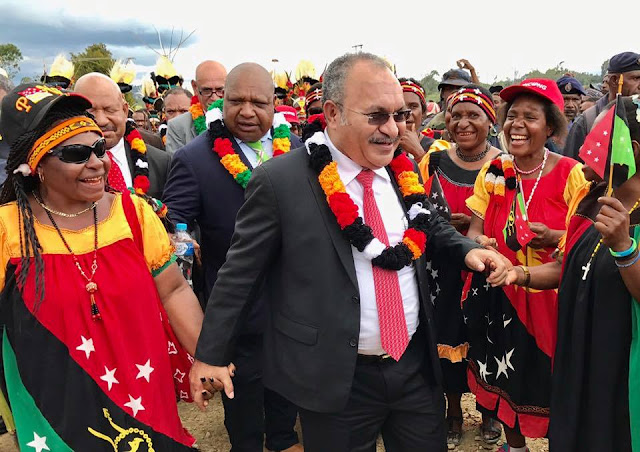 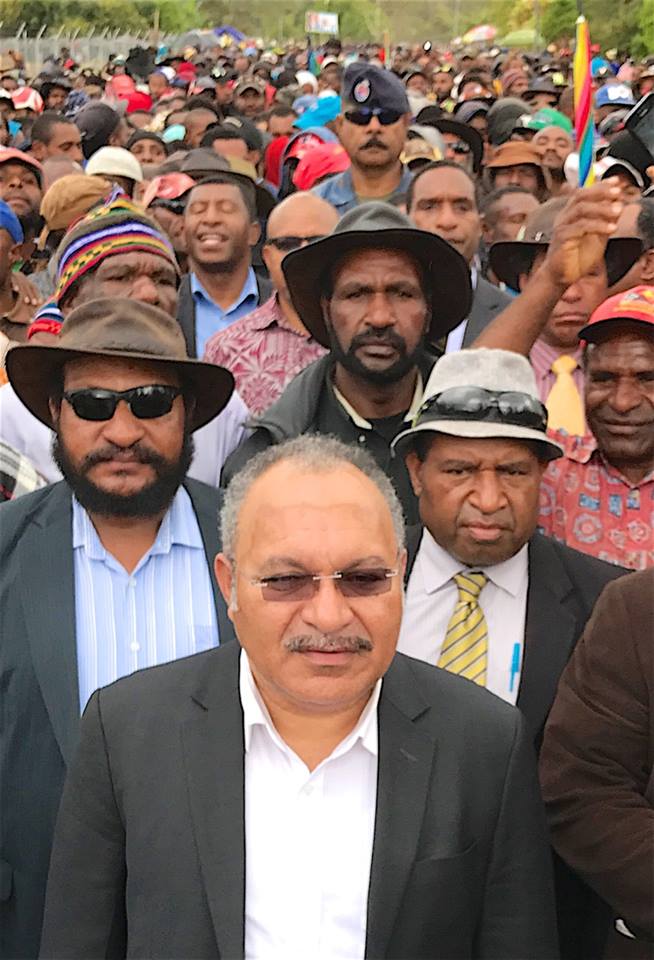 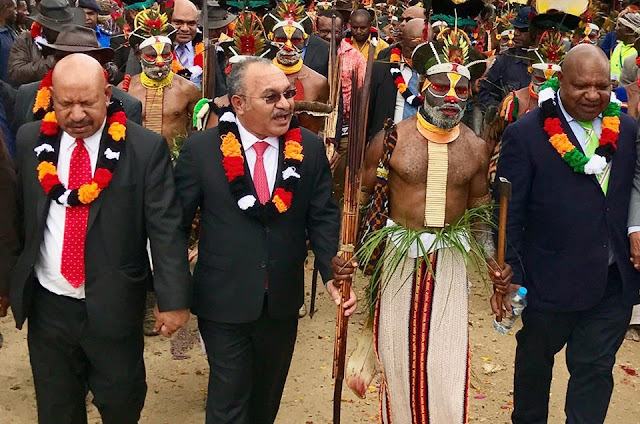 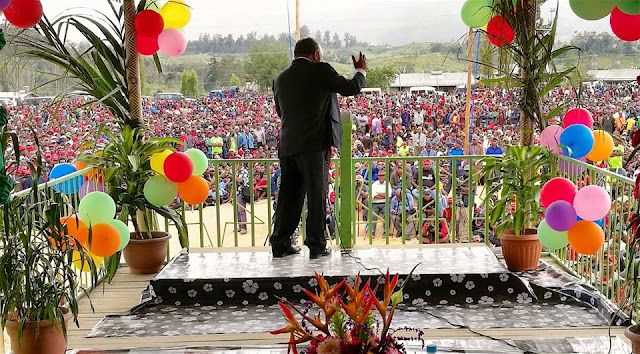