Who advised Paias Wingti on the status of the economy to support Peter O'Neill? - Do they really care?

WHEN everyone else was worried about Peter O'Neill's reckless overspending and overborrowing, Western Highlands Governor Paias Wingti (Daddy Boss), was over confident in the O'Neill government's handling of the country's economy. He said the economy was in the safe hands of Peter O'Neill.

What everyone else feared is happening now. PNG is in deep financial crisis with soaring debts, cash flow crisis and rising prices of goods and services. This is because of Peter O’Neill’s reckless overspending and overborrowing.

Experts have warned against. Concerned citizens and university students have protested and sacrificed their education. Yet Paias Wingti knowingly supported Peter O'Neill to destroy the country's economy. And now we are facing the worst possible future.

Who advised Wingti on the status of the economy of the country to support Peter O’Neill or is he simply doesn't care?

Looks like they don't care what becomes of this country because they live securely in overseas with their families. 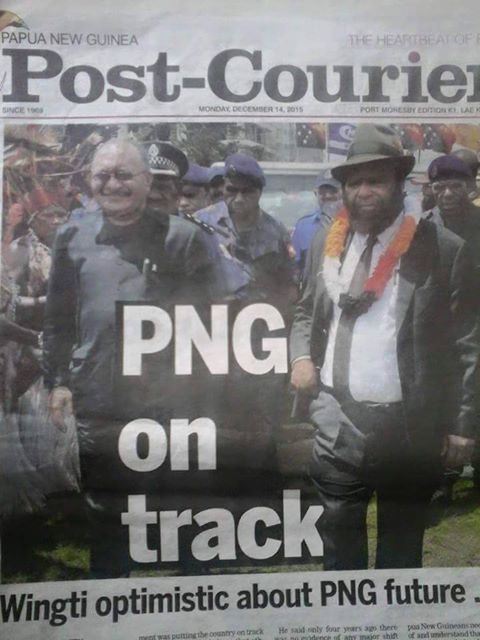