"EVER WONDER WHY I HAVEN'T BEEN SUED OR ARRESTED OVER MY REPORTING ON SOCIAL MEDIA?" - KRAMER.

IT has been almost four years now since I stumbled across social media. It has provided the reach and influence in fighting corruption that is beyond the average person's imagination
Over those four years I have published countless articles exposing high-level corruption implicating senior heads of Government, Police Commissioners, Constitutional Office holders, Supreme Court Judges, high-profile lawyers, Members of Parliament, Ministers and even the Prime Minister.


Now is it beyond doubt most if not all my articles are highly defamatory raising serious criminal allegations against all of them.
Defamation is defined as accusations (claims) against a person that injures or damages their reputation. Under PNG law a person may be sued or criminally charged for committing it.
O'Neill Government recently passed Cybercrime Act and made amendments to the Criminal code defining defamation as a serious criminal offence.

The new amendments state that a person who unlawfully publishes a defamatory matter concerning another person is guilty of crime - penalty upto 15 years in prison.
So have you ever wondered why not a single one of them have ever filed civil or criminal proceedings against me? It is not as if they lack the motivation or resources.
The short answer is while the law defines defamation as a criminal offence it also provides protection against it where the allegations or claims are the truth.
So if a person who I am a accusing of being corrupt were to take me to court I would simply defend the charges by relying on the truth.

The law states if a person who relies on the protection of the truth then shoulders the burden of proof to prove what he/she stated is the truth.
In this case I would simply submit my evidence to prove the allegations to be true. In addition to my own evidence I'm also aware of documentary evidence kept out of reach but may be lawfully obtain through a court order.

This explains why I have never really bothered making reference to or submitting documentary evidence in my publications. It's not because there isn't any, it would be just too much information for the readers to absorb. Further I wouldn't be foolish to publish something I couldn't defend in a court of law and risk being sued or sentenced to prison for. 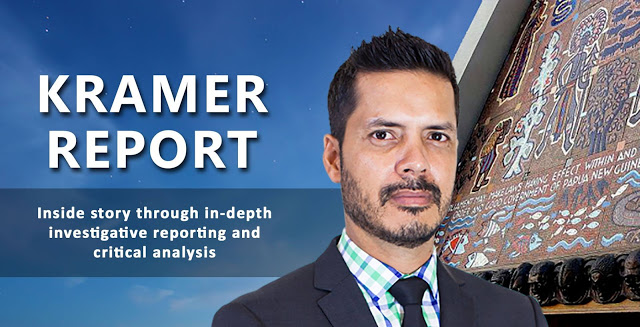 Although Bryan was not arrested and sued for his articles going viral online, there are cases on social media that people try to counter attack him and mostly character assassination. Case examples of two articles below (links) whom tried to attack him on social media.

2) While PNG's political rivals getting 'fiery' each day on social media: - An 'opportunist' got himself caught in-between and was exposed.