It was a great relief when Susan Wangjil finally graduated after 34 years of continuous education.

Susan graduated with Bachelors of Science majoring in Biology from the University of Papua New Guinea (UPNG) on 26th April 2019.

Susan comes from Alkena village in Tambul District, Western Highlands Province. She started grade one at Alkena Lutheran Community school back in 1986. In 1995 she completed grade ten at Tambul High School. However, she did not receive any offer to progress to the next level of education. 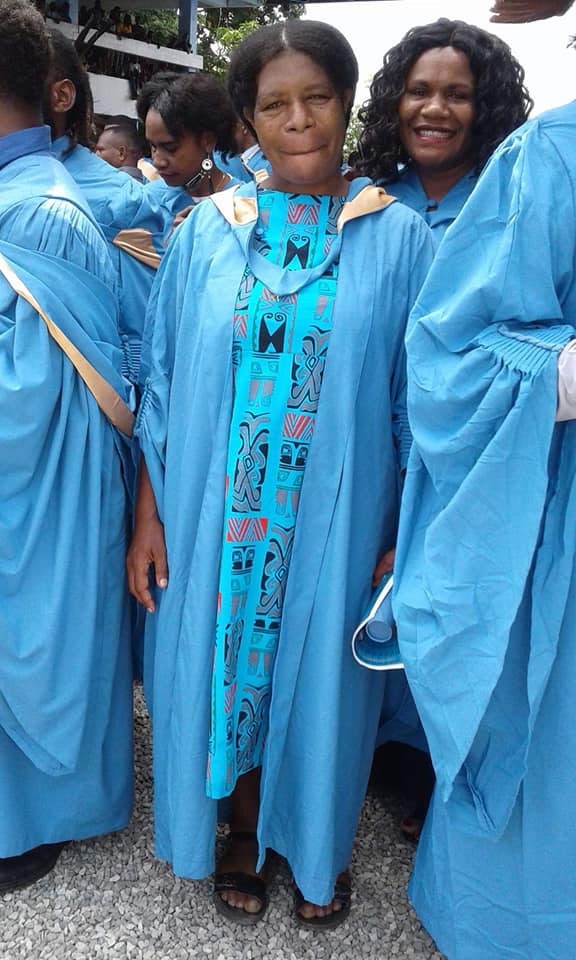 She had no choice but to return to her family and stayed with them for one year. After one year, she thought - completing grade ten was not the end of her education. So, in 1997, she decided to enroll herself at the Mount Hagen College of Distance Education and upgraded her grade ten marks. The following year, she was accepted and enrolled at Nazarene School of Nursing at Kudzip, Jiwaka Province. In her second year at the nursing school, she encountered some serious family issues which forced her to abort her studies and return home to her family.

She then had no hope. The only hope was to marry and start her own family. So she got married to James, a fine young man and her present husband, in 2003. Her young family started a small bus business. At the peak of the business, they owned three buses and everything was going well for them. 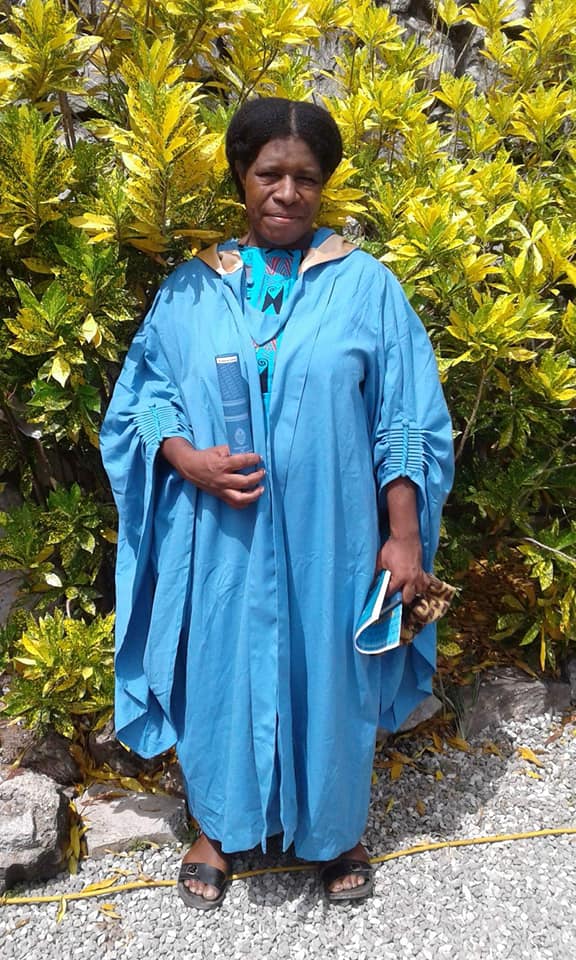 However, after some years, Susan began encountering difficulties in her marriage. All that started when James was not transparent in the management of revenues from the bus business. “James did not look after me and the two little kids properly. He ignored us on several occasions. I then noticed that he had made up his mind to marry again.

I knew nobody would look after me and my two little children so I started making crazy plans as to how I would sustain myself and the little kids. I had no choice in that terrible situation. I firmly believed that my only way to live a better life in the future would be education alone”. 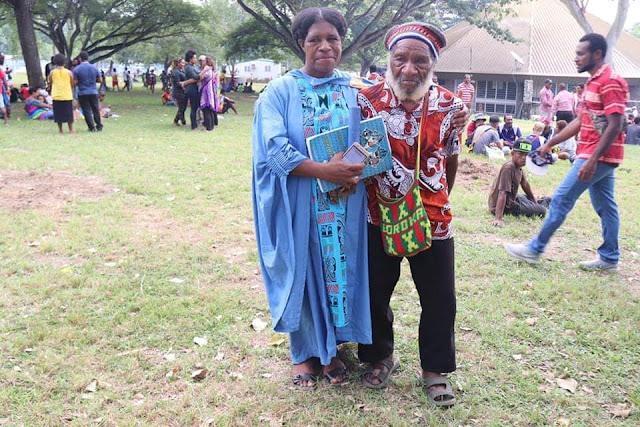 Thigs were not easy for her. She struggled financially to take care of her education, herself and her two children. “Being a mother and student at the same time was not that easy. My second born baby son always disturbed my studies. I couldn’t concentrate on my assignments when he cried. I would breastfeed him and take him around just to calm him down while reading my text books and handouts.”

She carefully managed the proceeds from her doughnut sales. She would set aside the principal to buy new stock but she the profit she bought course books and other necessary things for her studies. Her husband was not willing to support her education. Let alone others. She fended for herself with the little income she managed to receive from her doughnut sales. Luckily, her elder brother had helped her by providing accommodation and foods at home which made her life quite easier. 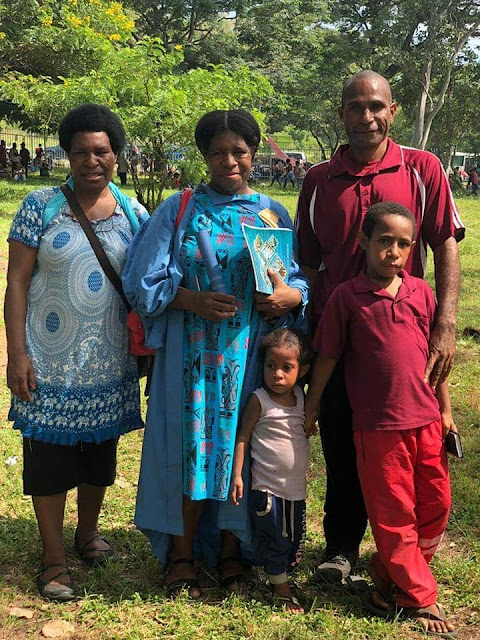 Despite the problems and difficulties, she had faced, she was determined to pursue education by all means. “I normally prayed hard and had great faith that one fine day my dreams would come to fruition.”

God indeed heard her prayers and honoured her faith. She was able to successfully complete her grades eleven and twelve courses in 2010.

She applied to many universities around the country. Her first choice was UPNG. She was accepted to study science foundation at UPNG Open College in Port Moresby.

While studying at UPNG, God made a way for her and she immediately joined Business and Professional Women Association (BPWA). BPWA helped her with one thousand Kina every year during her years of study at UPNG.

Her brother was another major sponsor who sponsored her during her studies at UPNG. “Being an unemployed mother and student at the same time was very hard for me. God’s grace has made my life easier and possible during those difficult times. All I can say is that God is 'Thank you God'.”

Susan completed the courses at the Open College in 2015, she applied to study medicine but due to financial difficulties and family commitments, she was not able to score the required GPA.

However, she was accepted to study Biology. In her second year, she was excluded from her studies in one semester and she stayed out. She reapplied in 2016 and was able to graduate with bachelors in Biology in April 2019. All the struggles, pains and difficulties could not restrain her anymore. At last, she successfully graduated. “By the time I saw my name on the graduation list, the burden that I had been carrying for the lifetime lifted and I was relieved and exited.”

Susan now encourages others never to give up when they see challenges and difficulties ahead of them. “If you see that nobody is willing and able to support your education, never lose hope. God has blessed us in many ways. Consider fending for yourself in some other little ways. For myself, I sold doughnuts at the market every morning in order to support my education.”
---'''''-----
Photos Credit: Susan Wangjil
On Sunday, May 19, 2019